At first, the name Berengaria for a young adventurous Cosmopolitan Club may appear somewhat incongruous.

However, in fact, it is extremely appropriate. Queen Berengaria, daughter of Sancho IV, was born on 12 May between 1163/65 in the Kingdom of Navarre, an independent Basque kingdom set in the Pyrenees. Her life suggests that she inherited the spirit of independence we have to-day come to associate with the Basque nation.

Although she is initially recognised for her marriage to Richard Coeur de Lion of England and the fact that she never set foot in the country of which she was Queen, her real fame rises out of her great capacity for good works and her indomitable courage, in a time when women still wore chastity belts. 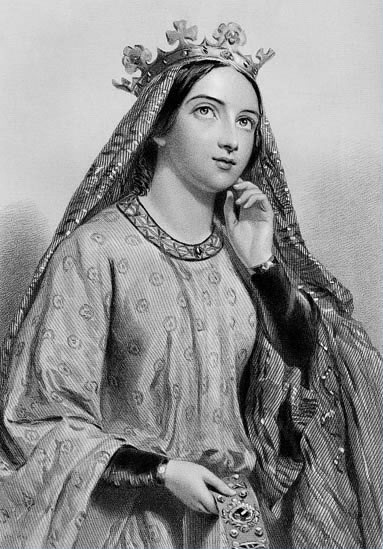 Berengaria of Navarre, Queen of Richard the First

She was shipwrecked off Cyprus in 1191 and was held prisoner in the port of Limassol, until rescued by her husband Richard. It is at this stage that Berengaria becomes associated with our unique Rotary District 2542. After Cyprus she accompanied her husband on the 3rd Crusade to the Holy Land, travelling to and fro across Lebanon, Jordan, and Egypt. Whilst on the crusades she helped nurse and nurture the knights and soldiers of her husband’s army doing all she could to improve their lives and welfare. A prime example of Rotary’s basic canon: Service Above Self.

On her return to Europe, she settled initially in Navarre. She continued her good works opposing without fear any tyrannical power, be it lay or clergy. Her quest to improve the lives of her fellow men and women required extensive and dangerous journeys through Spain, Portugal, France, Italy and Greece, which she made unhesitatingly in the spirit of a true Cosmopolitan Rotarian.

One year before her death in 1231 she founded “l’abbaye cistercienne de la Piété-Dieu de l’Epau”, a sanctuary for the less fortunate of the world, where she is buried. 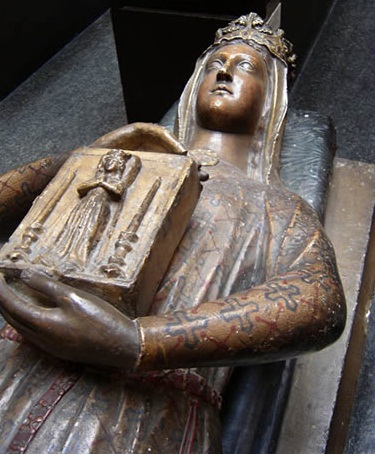 Tomb effigy of Berengaria of Navarre

What better namesake and example of the Cosmopolitan approach, spirit and ethics of Rotary could a Club with members from Canada, Cyprus, Denmark, England, Germany, Kenya, Lebanon, Netherlands, Russia, Scotland, Serbia, South Africa, Syria, Ukraine and the USA ask for?