OUR Club Banner is based on a painting by English artist Edmund Blair Leighton entitled “The Accolade”, which he painted in 1901.

Edmund Blair Leighton was born on the 21st September 1853, the son of the artist Charles Blair Leighton. He was educated at University College School, before becoming a student at the Royal Academy Schools. Leighton married Katherine Nash in 1885; they had a son and daughter. He exhibited annually at the Royal Academy from 1878 to 1920. He lived at 14 Priory Road, Bedford Park, London, and died on the 1st September 1922. 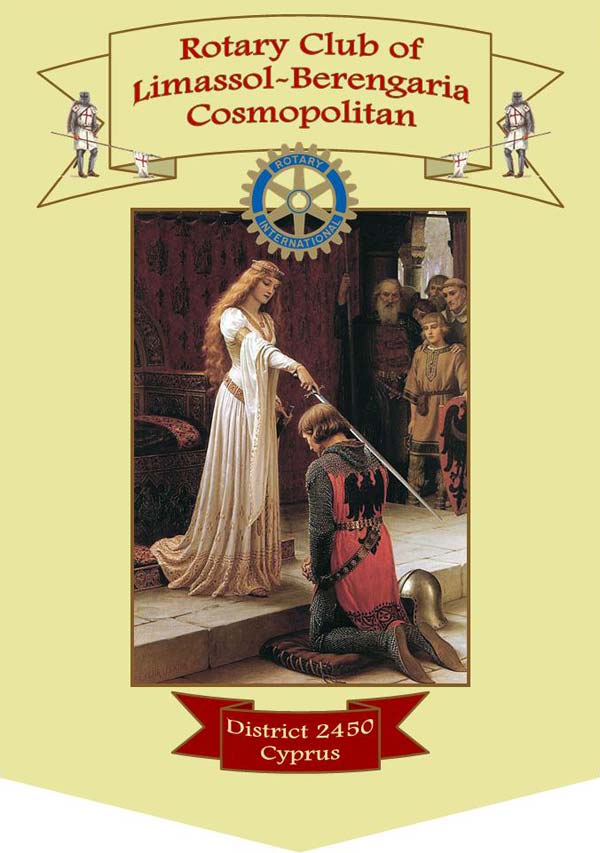 Leighton was a fastidious craftsman, producing highly-finished, decorative pictures. He was a painter of historical genre pictures, mainly of medieval times, but also regency. His pictures being amongst the most frequently reproduced as posters. Rather like Waterhouse, and Herbert Draper, Leighton the man has virtually disappeared.

The reasons for the continuing popularity of the artist’s work are not difficult to understand, as they are similar to those in his lifetime, namely nostalgia for an elegant chivalrous past. Leighton was also a fastidious craftsman, producing highly-finished, beautifully painted, decorative pictures. .

It would appear that he left no diaries, and though he exhibited at the Royal Academy for over forty years, he was never an Academician or an Associate.