Adolfos Kanettis, 1999 – 2000 President of the Limassol Club, with Graham Lock and Eric Martin nurtured the not-unanimously-approved concept of not only a new Rotary club for Limassol, but an English-speaking Cosmopolitan club.

After much lobbying discussion and gentle persuasion, the idea was accepted, at least in principle, and the task of bringing an idea into the realms of reality began. So after much hard work the date of March 2001 was agreed upon for the launch of The Rotary Club of Limassol Berengaria Cosmopolitan into the World of Rotary.

It is important that the hard work and effort put in by the Presidents of the Rotary year of 2000 – 2001 and the Extension Committee be fully recognised by all club members. This was no easy task and drew deeply on the basic tenet of Rotary, Service Above Self.

The Rotary Club of Limassol Berengaria-Cosmopolitan was chartered on 8 March 2001. 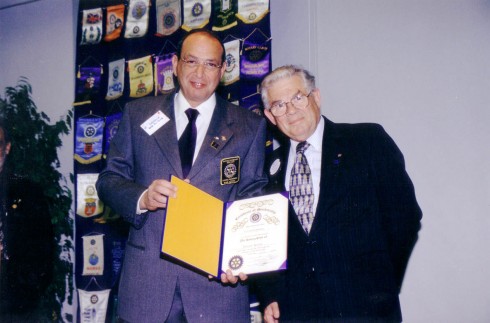 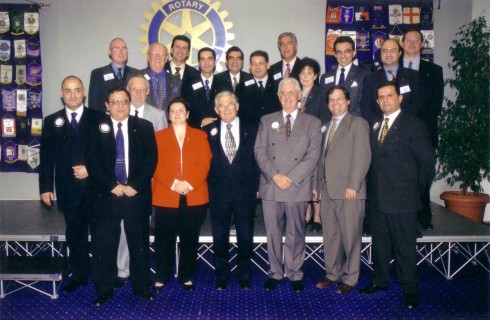 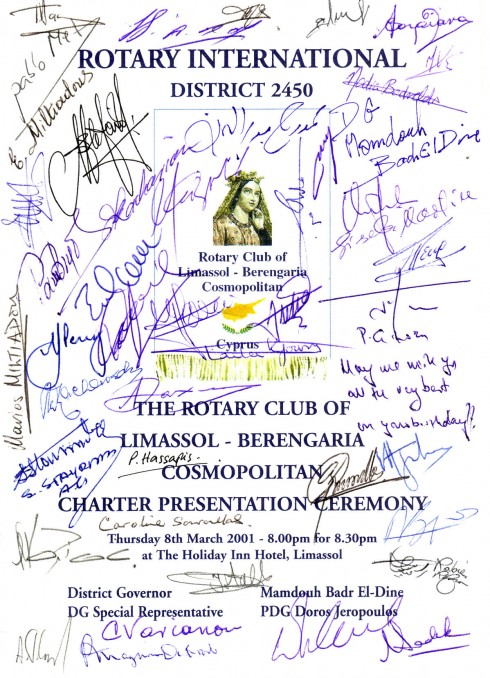 Signed cover of the charter booklet