Club Awards under the Presidency of Christodoulos Achilleoudis

For the first time: Rotary International Award to Nicosia-Lefkothea for the year 2001-2002 as a “Distinguished Rotary Club”

The Certificate Award was presented to our club on 29 March 2003 by the Incoming District 2450 Governor Samir G. Seikaly as a Distinguished Rotary Club.

In addition, a special pin was presented to President of 2001-2002 Christodoulos Achilleoudis as a Distinguished Club President. 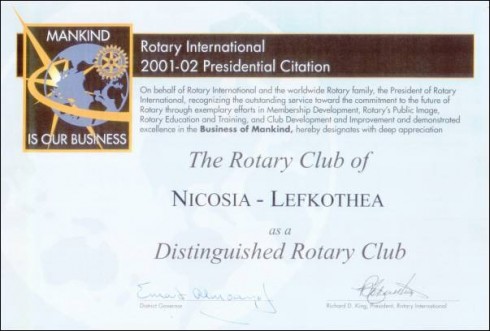 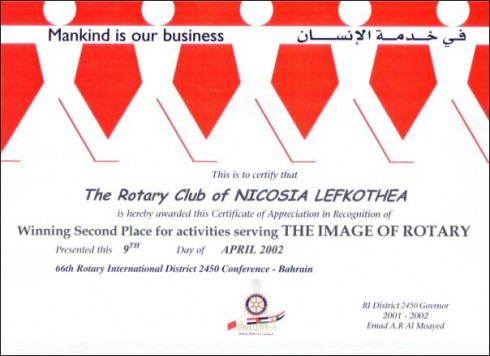 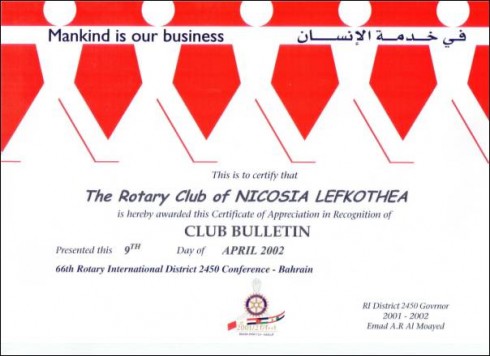