Internet Communication Officer and
Past President of Nicosia-Lefkothea
Christodoulos Achilleoudis 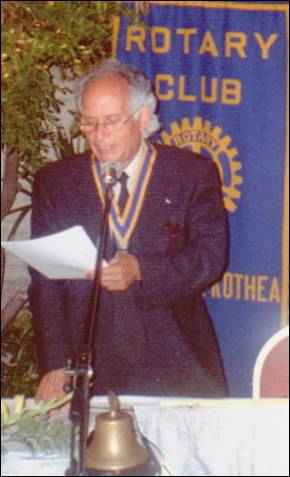 Wrote the History of Nicosia-Lefkothea:

From 1973 worked with the Ministry of Education as the Inspector of Music in all Secondary Schools of Cyprus (1973-1992).

One of the 31 Founder Members of the Rotary Club of Nicosia-Lefkothea in 1987.

Likes traveling all over the world and takes the opportunity of visiting various Rotary Clubs, presenting his Club, Cyprus Rotary and his country Cyprus in general.

He is a Member of:

RGHF (Rotary Global History Fellowship)  for Cyprus since 2009 and Global Board Member since 2011.

One of the Founder Members of PMC (Philatelic Music Circle), an international Society for the collectors of stamps related to Music, founded in 1969) and

Member of the “Motivgruppe Musik” an international Society for the collectors of stamps related to Music.

Member of the Advisory Committee for the issue of Cyprus Stamps.

The Editor and President of the philatelic collection: “Cyprus Philatelic Souvenir Cards – PENCYSTAMPS: Pictorial ENcyclopaedia of CYprus through STAMPS” since 1977.  More details on: www.pencystamps.com

Married to Doctor Anna, f. Director of the Anaesthetic Department of the “Makarios Hospital”, Nicosia, Founder and President of The “Cyprus Cancer Patients and Friends Association” (PASYKAF) since 1986.