FOUNDING OF THE CLUB

Four Past Presidents and three rotarians, all members of the “Nicosia Rotary Club”,took the initiative in  creating  the Rotary Club of Nicosia-Lefkothea :

Initial discussions begun in May 1987, with the enthusiastic support and assistance of the Past District Governor of Rotary Area 2450 Phoebus Zachariades.The following rotarians acted as the Extension Committee for the formation of the Club: F. Cirilli, M. Triantafyllides, A. Pattichis, J. Hadjijoseph, P. Zachariades, together with the President of the Nicosia Rotary Club Renos Clerides. Special Representative was the Past District Governor Phoebus Zachariades.

First President of the Club was Michael Triantafyllides and first Secretary Pangalos Zachariades.

The extension committee selected new members and so the Founder Members became 31 in total.  Approval was asked on 19 October 1987 and was given by the Rotary International on 15 December 1987. The Charter  was presented on 31 January 1988  by the then District  Governor Dr Gamil Waly to the first President of the Club M. Triantafyllides, in a special Ceremony at the Hilton Hotel, Nicosia.

PDG Phoebus Zachariades was declared Honorary Member of the Club. 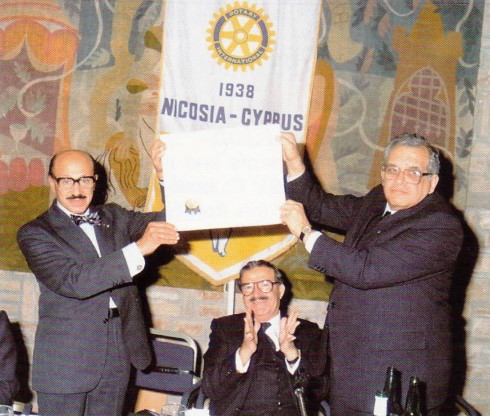 The 31 Founder Members are the following: Members of the Rotary Club of Nicosia-Lefkothea, 14 November 1988